Posted by christiangustafson at 10:11 PM 21 comments: Links to this post

This would be an ending-diagonal ending with a final move towards SPX 2000 into the 7/16 major Bradley turn.  It would first get a bit more downside from tomorrow's FOMC than I think most are expecting.  That lower trendline needs to hold for a final move up.


Note also that the first move at the top may bounce off the 200 DMA. We need to do that before we go any further.  GLTA ...

Posted by christiangustafson at 8:18 AM 14 comments: Links to this post

It seems like I'm the only one out here in the wilderness counting a nice 5-wave impulse off the 1955 highs -- everyone else is calling a correction.  The move still needs a 5th, and an ideal target for that would be SPX 1916 late in tomorrow's session.

This would mean that Friday's pop was a wave 4 -- which in my mind needed to be sharp and deep in order to give us an unbroken 2-4 trendline in the series.  That's a very important rule for me for determining the proper bounds of a wave 3 and the rest of the mess.


I'm providing an alt on the larger chart for the case that the July 16th Bradley turn window is a TOP instead of a BOTTOM.  Remember, in the 2008 season, both 7/16 and 11/20 were very important bottoms.


You can see pretty easily that the orange line traces an ending-diagonal that began at the SPX 1737 low.  The final thrust north would approach 1990 by the July 16th turn.

More notes on the charts.  Have a good week!  I'm busy planning summer hiking trips out into the shit with my girls.
Posted by christiangustafson at 9:35 PM 1 comment: Links to this post

The question before us is whether we have put in point #23 in the Domed Top, of BOTH of the 3PDH counts currently in play, the long-term one, and the shorter one since last Fall.

If you take a look at the long-term count, notice that thin blue line I had connecting waves 1 and 3 on an Elliott count -- points #11 and #21 on the 3PDH?


I still want to see us find support in the 1915-1920 area before starting a larger leg down with next week's FOMC news release.
Posted by christiangustafson at 8:03 AM 5 comments: Links to this post

Hearty congratulations go out to the good Professor David Brat.


Posted by christiangustafson at 7:26 PM 2 comments: Links to this post

Volatilites are getting bloodied again, but we won't go anywhere near them until VIX gives us a 10-handle print.  We're close to a UVXY and VXX cross, too. 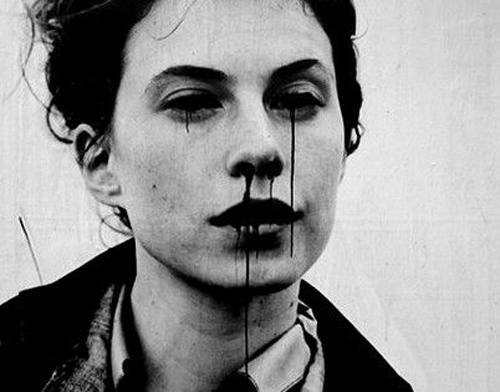 I noticed another decent run of George Lindsay's "Three Peaks and a Domed House" pattern in equities, this one on the SPX since September 2013:


I added a high level Elliott count back to the larger chart.  The volatility in 2011 is counted as a B-wave triangle, with the impulsive "C" wave starting at SPX 1202.

The count gives us a napkin target of 1957 on the SPX, by about next Tuesday.

I would caution against expecting a huge reaction and drop right off the top.  These Three Peaks patterns show tops as an up and down thrust, surrounded by sideways movement.  That sideways movement is what I think we had this week, waiting for the ECB's policy announcement.

So I would expect us to retreat from the ~1957 level, back to 1918 or so, bottom on the June Full Moon, and then hold there, sideways and slightly up, while the market waits patiently for June FOMC.

June FOMC gives us the next leg down to support at 1847-50, which sets up a larger head and shoulders that targets the July lows.  We stair-step down into the Fall with sell-offs of increasing severity, until we are back to 1074 or so SPX.

Good luck to all [bears].
Posted by christiangustafson at 6:11 AM 8 comments: Links to this post

What is the VIX telling you this fine morning?

Posted by christiangustafson at 8:03 AM 4 comments: Links to this post