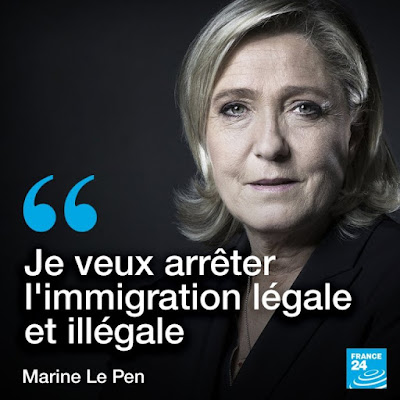 This week we need to reach resistance at 2390 SPX on Thursday and chop around for another week, back to support, setting up an inverse head & shoulders for the final high.


Again, once our situation is obvious to all the players, equity markets will quickly go bidless and collapse in a matter of weeks.  Desperate doomed pension funds will pump up the volume.

Posted by christiangustafson at 10:20 PM 16 comments: Links to this post

It would appear that we are in a larger degree wave 4 than we had suspected, correcting the leg on SPX from 2083 to almost 2401.  This wave should run into next week, roughly toward the end of March, retracing to support near the .382 fib, around the 2280 level SPX.


Then we can look forward to some sort of political fix with Trump and the GOP, animal spirits, and a rally to finish the mess.


The shape of the final rally, into the French elections.  Vive la majorité silencieuse.

Marine Le Pen elected Maximum Leader of the France will of course save that country from demographic peril, at the cost of Europe and the worldwide ponzi credit money system.

Again, the Fed will CUT in June, as a desperate attempt to staunch the bleeding.  It will only trigger a vicious short-squeeze and halfway-back bounce.

New QE rolled out in September.

Posted by christiangustafson at 10:58 PM 18 comments: Links to this post

Beware the Ides of March?

Short-term SPX is looking at an expanding-wedge pattern that could blow-off upward in a very violent fashion. 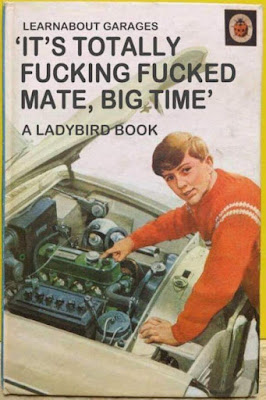 This would reach resistance at 2440 as soon as late in the session Tuesday, like so:


The response post-FOMC and renewed fiscal crisis, looks like this:

Posted by christiangustafson at 8:56 PM 25 comments: Links to this post

The geometry is beautiful

Hang in there, folks.  Possible curve-inversion this year.

Posted by christiangustafson at 7:33 AM 31 comments: Links to this post