And maybe a triangle in the works as well.

I can't find the link at the moment, but Zero Hedge mentioned that the end of the month is when the Fed sells bonds to meet their balance sheet commitments, so tomorrow should have a weak bias.  So maybe we stall out some more and finish up a triangle pattern down around 2660.

Fresh money on November 1 should finally give us the boost to get through the overhead channel resistance from the decline.  Once we're through and retest it as support, we'll keep going, because it's a C wave, an impulse.


Posted by christiangustafson at 9:14 PM 17 comments: Links to this post

We should visit it one last time before the bottom falls out again.  The short-trade into Thanksgiving should be legendary.


All of this was made possible by the stick-save in the final minute of session trading on Friday.  Did you notice it?

Posted by christiangustafson at 9:45 PM 28 comments: Links to this post

Save us, Full Moon!

If wave 1 is done, we have Durables and GDP late this week, could send us back up sharply for A of 2.  Lots more data next week, employment and the rest. 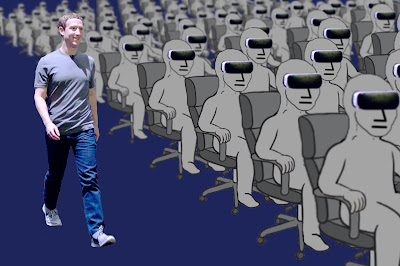 $IRX is holding above 225 bps, and may increase in a bounce here.  I maintain that a surprise hike on the non-press-conferenced November FOMC (and New Moon) may tip the apple cart into Thanksgiving (2320 - 2350 SPX?).

Posted by christiangustafson at 7:51 PM 28 comments: Links to this post

Finishing up the first leg down

We are very close to a very special trendline -- critical support for equities.  Do you see it?

I think it will hold for now, needing a proper 3rd wave impulse to break it down.  IT IS THE RALLY CHANNEL, for the entire doomed reflation of QE and the Chinese credit bubble, so we will visit it and its sister, the 2-4 trendline from 1074 through 1810, a few more times as overhead resistance in the coming weeks.

Keep an eye on $IRX, the 13-week T-bill yield, into the November FOMC.  My spidey-sense tells me that the Fed may surprise-hike in a non-press conference meeting and make some waves (3rd waves).

Posted by christiangustafson at 10:11 PM 8 comments: Links to this post

We are quickly retracing the entirety of the ending-diagonal, heading back to (I think) the 2553 level on the S&P 500 during October opex week.

The large gap down tonight is the target for the eventual wave 2, running through the week after opex.  It also tags an important kissback of a trendline from the 1810 low.  These channel re-tests are very important in my work going forward, massive, deadly-serious turning points.

The next one of these will be the Bradley turn in mid-January, after we bottom in the first week of December.  The Fed will hold the FFR steady in December, not because of the charm of POTUS Donald John Trump, but because rotation the hell out of equities will keep the 13-week T-bill yield under 225 basis points.

But the Fed will leave the balance-sheet reduction schedule in place.  That, and/or scary recessionary macro numbers will hit hard in January.


The first real Fed policy changes arrive at the March, 2019, meeting, when the S&P 500 is back at 1040.  Everyone wants out.  Real estate is already DEAD, especially after this week.  Any suckers left out there, want to buy a house?  Didn't think so.

Equities bottom later in the year around 525, trendline support from the 2002 and 2008 lows.  The Fed will return to the well one more time with fresh QE and balance-sheet expansion.

This next wave of Fed desperation stimulus begins the decline and final fall of the $USD.

Posted by christiangustafson at 9:15 PM 52 comments: Links to this post