Charts 03-29: Back to waiting for a final high with divergences

With volatility collapsing and UVXY making new all-time lows, there is no reason now that stocks can't crawl their way into a thinning wedge up to a new and hopefully final high.  Somewhere around 2170?  Anyone's guess, at whatever level will exhaust all remaining shorts.

We'll want to see all of the other elements of a major top, declining volume, breadth divergences, etc, as we reach the end of April and the next Fed meeting.  I think the Valeant debt (VRX) hits the wall at the end of April as well, which could be interesting for the junk debt markets.

And then we're into May.

So I guess I'll propose a topping count ...

... and toss in a couple of doom charts, everything flying apart at once.

You can draw a trendline up from the 1987 crash that could provide support above the level of the 2009 lows.

Posted by christiangustafson at 10:19 PM 17 comments: Links to this post

A book thread for JHK

I think I've posted a couple of these before, but that's OK.  They belong together again today.

Posted by christiangustafson at 4:10 PM 5 comments: Links to this post

The readers of this blog, both of you, may have noticed that I've gone a few weeks since the last post.

Part of this actually is the market itself.  We noted the significance of the 200 DMA and a couple of important descending trendlines, and proposed that the market would either fail at these levels or hang on and likely push even higher.  The latter is my current view; I'll post some charts supporting this notion later tonight.

The other reason is that shortly afterwards, my position was eliminated by my employer and I was promptly laid-off, part of a large and important restructuring.  While this came as a surprise, it was precisely right for them to do -- I entirely agree with the broader effort, and I wish them well.  Nevertheless, it's never any fun to get swept up and caught out in this way, no fun at all.


The good news is, I found another job right away, a really good one, I might add.  It's an unusually good fit between me and my new gig, and the very first resume I sent out.  This could even be a better job than the longtime one I had had, an actual improvement in my life, a move I should have made regardless of my circumstances.  Wouldn't that be something?

And the sheer strange chance of it all!  I found a fresh job listing that they had posted to a feed they had never used before, and apparently (to my knowledge) I was the first and only one to reply to their ad.

These sorts of odd events do happen, and when they do, you should embrace them with the most ardent enthusiasm and renewed efforts.  When I first moved to the Seattle in the year 2000, it was to work for a dotcom company that by the Laws of God and of His rational capital allocation, should not have existed at all.  And yet I met my wife there, began a life with her, and had two spirited children who are now my forward links in the Great Chain of Being.

On this Easter holiday, I feel humble, and quite fortunate, and very very thankful.

Fare thee well, my friends out there in the aether.
Posted by christiangustafson at 3:20 PM 17 comments: Links to this post

Email ThisBlogThis!Share to TwitterShare to FacebookShare to Pinterest
Labels: life

Is it too early to note the importance of September 29?

Looking ahead, we have a final read of the Q4 2015 real GDP late this month; the previous two previous estimates were .7% and 1.0%, respectively.  Assuming that this number does not collapse below zero, then this gives us September 29 as the first opportunity for a formal technical recession to be called here in the America.

Of course, before then we have three releases of the Q1 2016 GDP, with a final report at the end of June, as well as preliminary estimates of Q2 GDP in July and August.

So there is much that will happen between then and now.  But the softness seen in industrial numbers and now services is very real, and it will only accelerate if the market rolls over late this week and loses the 1800 level.  If this should happen, consumer spending will decline very rapidly and quickly guarantee the next recession.

The next recession, which could be first made official on the morning of September 29th. 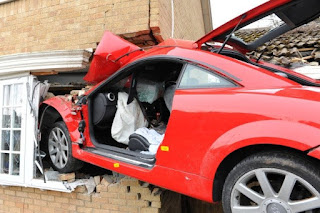 This, into a hotly contested election, with candidates openly calling for auditing the Fed and ending such elite insider games as the QE.

Into the Fall market "crash season".  Into a period where everyone knows the jig is up and it's time to leave.

So, while I know it's very early, I just wanted to call that out.  File it away in the back of your mind.

Here's a short-term wave count and test that the market will have this week, Thursday or Friday.


And this is sort of a worst-case scenario for 2016, as well as a suggestion of where September 29th could fall in the grand scheme of things.

Posted by christiangustafson at 4:11 PM 39 comments: Links to this post

Zero Hedge has a very nice tribute to Wilhelm Röpke, so I thought I would check my shelves for him and post whatever I have on hand.


And here's a bonus book I noticed on the shelf, it's not Röpke, but it will have to do.

Posted by christiangustafson at 10:35 AM No comments: Links to this post

Email ThisBlogThis!Share to TwitterShare to FacebookShare to Pinterest
Labels: books

The big market test next week

The pattern and lurking overhead resistance are obvious now.

A market crash at this juncture would almost guarantee a technical recession for this year.
Posted by christiangustafson at 6:02 AM 8 comments: Links to this post