ACE Hardware of Tucson, in the Arizona 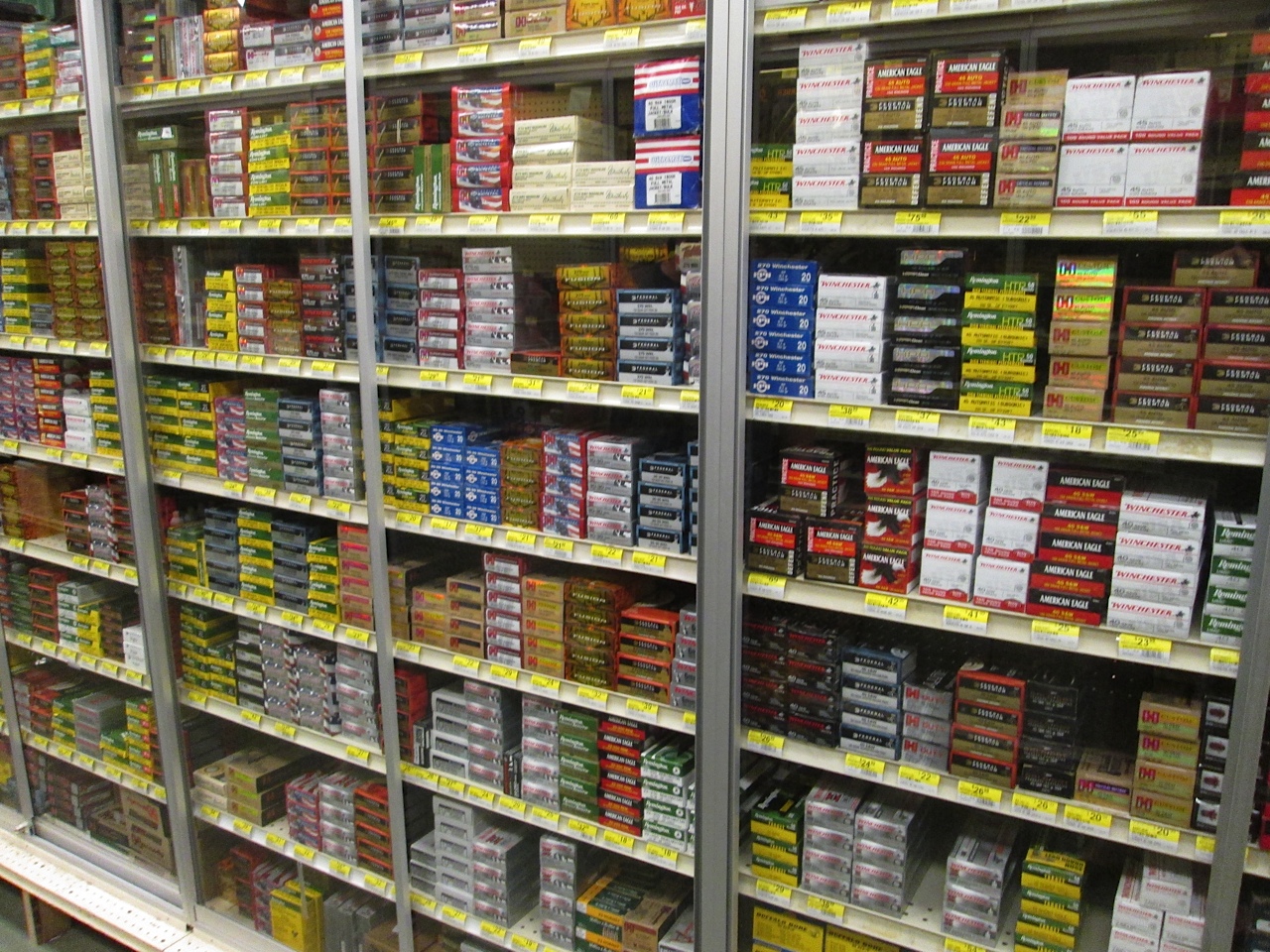 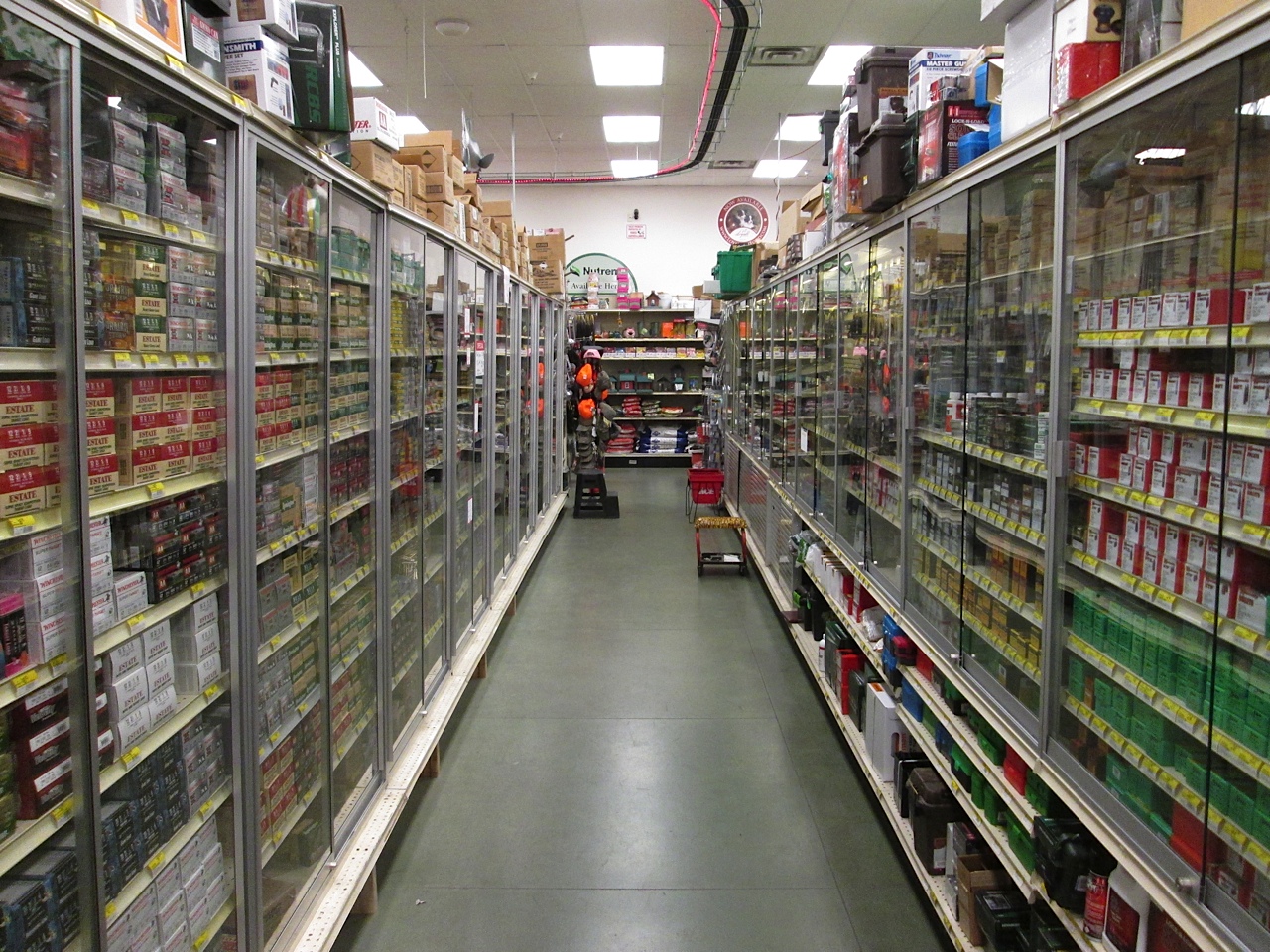 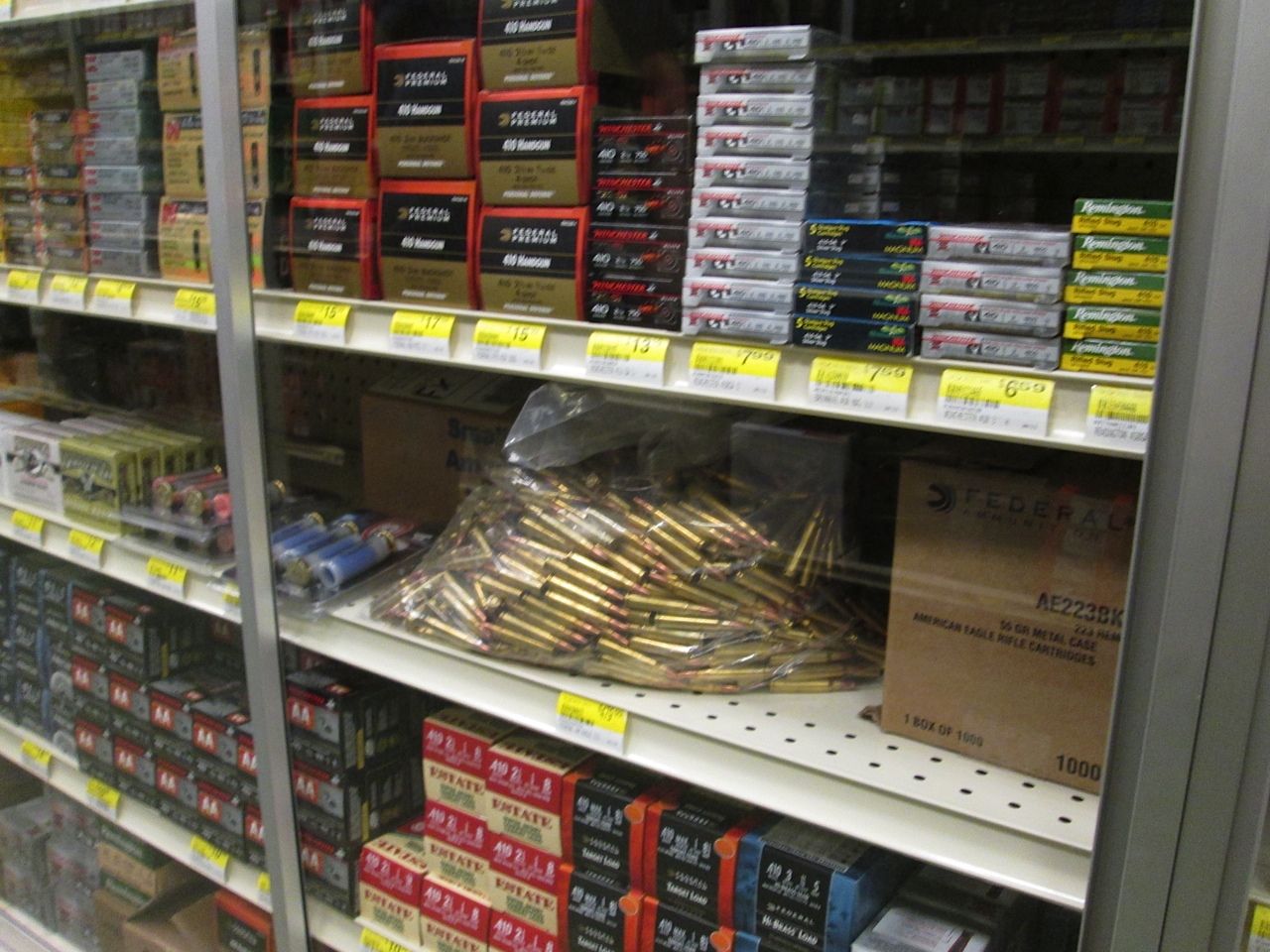 And then we wound up at BK Tacos for Sonoran Hot Dogs, me and my hermano. 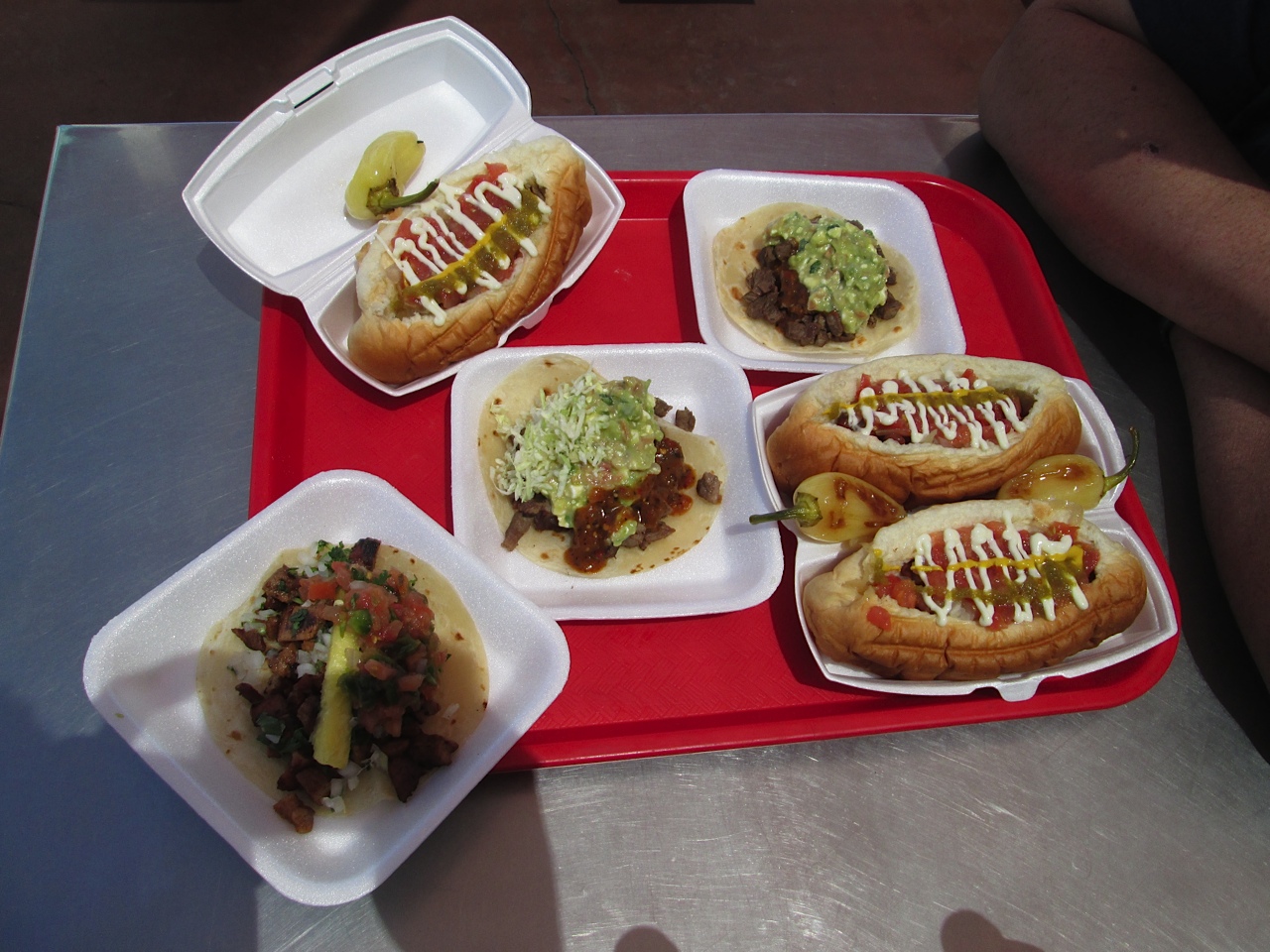 Posted by christiangustafson at 9:28 PM No comments: Links to this post

Email ThisBlogThis!Share to TwitterShare to FacebookShare to Pinterest
Labels: Travels

I've got a ton of junk to post tonight.  Of course, since I left town with a completely wrong call, I should at least have the temerity to post a quick chart before today's FOMC announcement.

The wave 4 move we had been watching pulled up short at the 1814 level, possibly because RUT and the techs bounced off their respective 200DMAs.  So the S&P 500 put up this truncated sell-off, followed by a 70pt rally back to 1884.

While I was out hiking, we pulled back to 1850 and held support.  Add another 70pts to this, and we get a possible target for the SPX of 1920 around May 20.  See the chart below, it looks nice and proportional.  This will complete a giant ending diagonal from the 1646 low, which becomes the target for the first leg down.

SPY calls are expensive!  Look at the May expiry, the highest OI for calls is the 192s at over 200K contracts.  That's a lot of calls.  I bet they are right.

Posted by christiangustafson at 7:36 AM 8 comments: Links to this post

Charts 04-18: Good chance of a fierce selloff next week

NDX and the RUT visited their respective 200 DMAs this week, and I think the SPX could do the same next week, into the next Bradley turn date (a low).  We never did get that last blast of savage panic selling in the recent cycle.  We would bounce off this low to put in a final high.


A final thrust up remains on the chart, into mid-May.

Which sets up a fall crash back to 1040 SPX.  There's a 3 Peaks and a Domed House count in here somewhere.


Good luck in the markets next week.  I am heading down to the Arizona to hike the Bright Angel trail in Grand Canyon NP with my dear old mom.

Posted by christiangustafson at 10:27 PM 6 comments: Links to this post

I really want to be more excited about the violence and carnage we have seen in the tape lately, but the evidence is there for any honest bear -- VIX is restrained and we are just not seeing the fear and damage we need to at this point.  Wave 3 is wrapping up ... and it should have extended 1.618x the 60pt W1.  This is telling us something important, that it is "corrective".

But take a look at the tape for the past week and get used to what a no-bid market looks like.  Sure, it's the shitty beta momo stocks getting hit now, but this is what will happen to the broader market later this year.

We should head a bit lower this week, to trendline support in the 1790s, after we fake north on Monday and early Tuesday.  I'm looking for a bottom just after the April Full Moon, followed by a sharp rally.

We are entering a period of numerous turn dates, both Bradley turns (if you believe in these things) and even a McHugh phi mate turn next month.  The last Bradley turn, April 6, was a direct hit.

About that "fall crash" -- here's the problem.  If we are indeed in an ending-diagonal pattern, with one more good rally ahead of us, then the completion of the rally, the reaction from it, will quickly retrace us back to the 1560 1646 area on SPX.  I think this will happen into the 7/16 Bradley turn date.  It looks proportional.  This would most likely be a 5-wave "A".


The retrace from this steep drop sets us up for a panic plummet hellish historic meltdown in the fall, all the way back to the 1000s SPX.  It would key off the September FOMC.


Should this play out, I think I will exit the markets after November.  They will go lower, I believe, all the way down to the trendline between the 2002 and 2009 lows, but I don't know if I wish to trade that late cycle.

I will be more interested in finding good farmland in western WA and securing the safety of my extended family (solid Chicago Czechs) in early 2015.
Posted by christiangustafson at 11:46 PM 7 comments: Links to this post

Well, I certainly hope we can get more of a bounce here, on a ii of 3, before the next downdraft hits.  The chart has room for some more retrace.  I'm looking for another short entry.


So far, so good.  The bullish blow-off top scenarios are less and less plausible.  As seasoned (scarred and scared) bears, we must acknowledge that they are still possible.  Imagine an overnight announcement of Eurobonds or Euro QE, what that would do.

The tape so far is very promising.

Note that the 1790 bottom on Monday would smack a long-term trendline going back to the 1560 lows.  We need to bounce off this line before breaking it later in the wave series.


Posted by christiangustafson at 9:11 AM 2 comments: Links to this post

The reaction off the top in 2007 resulted in a 30pt selloff on the S&P 500.  We've exceeded this so far, and yet we have barely stirred the VIX and volatility ETFs.

Reviewing the chart, I'm looking for a channel or trendline kissback of some sort, the rejection of which would send us into a proper wave 3 selloff.  The 50% retrace of this 2-day decline is around SPX 1870, which is the lower edge of the old channel, right about the time of the FOMC notes release on Wednesday.  If the meeting notes suggest strong support of the end of QE, and/or regret for having pursued it in the first place, we will roll over and continue the decline, piercing the 1800 level.

The bottom for this first leg should then be around 4/16, before April opex, and after the April Full Moon.  This would give us plenty of time to rally back for the next Bradley turn date due at the end of the month -- right before the next FOMC.

Posted by christiangustafson at 10:36 PM 5 comments: Links to this post

A proportional selloff today would have us get down around 1853, with a bounce back to 1880 early next week.

Good luck to all bears ...
Posted by christiangustafson at 8:47 AM 9 comments: Links to this post

I just wanted to note now that Martin Armstrong's 2015.75 super-duper-cycle date is the start of the hyperinflation phase of the $USD.

From [gee, any day now] until then, we get the deflationary downdraft and unwind of Asia and U.S. equities, the big to safety that gets the 10Y Treasury Note under 1% yield.

Once equities hit the lower trendline of the "Jaws of Death" (McHugh), around SPX 560 next summer, yields will bottom and the debt-based currencies will melt away.

Equities first, then bonds, including those zero-coupon paper bills in your pocket.

[edit: LOL I always confuse this guy with Martin Anderson, the Reagan-era economist]  duhhh
Posted by christiangustafson at 8:37 AM 9 comments: Links to this post

Both Bradley turns and McHugh's phi mate turns have been hitting lately.

There's a Bradley due this weekend, and I wonder if we can't just thrust up through the daily and weekly Bollingers on the SPX to make it to the top of this channel.

Posted by christiangustafson at 7:41 AM No comments: Links to this post