My chum Matt_bear has sifted through the tea leaves and thinks that the Fed will raise at the June FOMC meeting instead of April.  "Mid-2015", right?

Matt has a remarkable Rain-man sixth sense about these things, so I never take any of his suggestions lightly.

In the 3PDH model, the last downleg from point #27 to #28 is moment of panic, horror, and capitulation.  Here's my take on the model if we get our last leg up to 2080 over the next 2 weeks, and if the Fed bumps short-term rates at the June FOMC.

Posted by christiangustafson at 7:16 AM 25 comments: Links to this post

All sorts of ways to count this -- still could get that old triangle.  I still think the Yen has one more capitulation low to make above USDJPY 120.

Here's another variant, where we land on the 200 DMA on Friday.  The overall shape is a much sought-after domed-top, a head-and-shoulders top with a neckline at 1972.


The 5th wave would fail to make a new high on the SPX.
Posted by christiangustafson at 9:27 PM 4 comments: Links to this post

A very long-running ending-diagonal top.  /ES futures getting excited, I have a target for a final high of 2096-2097 SPX late Thursday or early Friday as a reaction off Q4 GDP.

Even when we're having a hard time getting a read on all of this, we still owe it to ourselves to bang out some sort of wave count.

Posted by christiangustafson at 8:29 PM 7 comments: Links to this post

We touched the far wall of a channel on my chart, so I could see us idle and trade sideways Friday and most of Monday, before setting up for a new high above the late December. 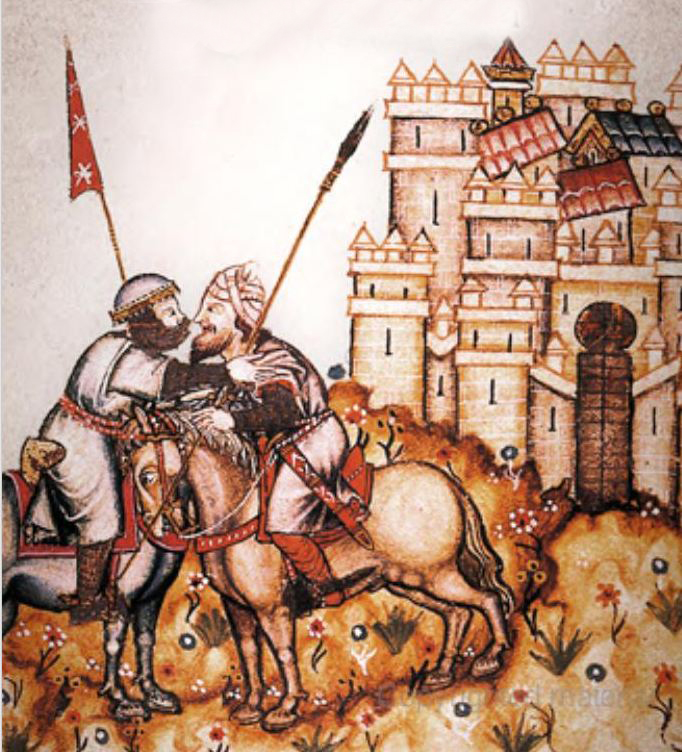 We might not make 2100 SPX, however, because the upper Bollinger is -- finally -- coming in fast to meet us.  We could pierce it by a few points, of course.

Here's the channel for the ending-diagonal.  I think the tell on this was the triangle wave for "b of 1" from a couple of days ago.  These are triplets -- we're nearing exhaustion.

The larger picture for Spring 2015, including an outright crash off the rate hike at the April FOMC.  Who ever thought 50 basis points could be so cruel?


Robinhood.com account is now funded and ready to go!  My dry powder ($100) will sit tight with them for a few days, while I wait for an entry that makes sense, and they mine it for micro-pennies to keep the lights on.

Posted by christiangustafson at 8:37 PM 25 comments: Links to this post

Getting tired of all the short-term bear counts, the 1-2, 1-2 nonsense, the shoddy "head and shoulders" patterns proposed by people who should know better.

I'll stick with an ending-diagonal into FOMC next week.  This makes the most sense to me.

Posted by christiangustafson at 7:46 AM 9 comments: Links to this post

At last, a trading platform for Deflation Land - Robinhood.com

Robinhood.com is a radical new zero-commission broker, for investspeculators using devices running Apple's iOS.  They have no account minimums.  I think this is a very big deal.

I heard a few of my coworkers buzzing about this one, while they played around with it on their iPhones.  One had bought a single share of MSFT, which he would check daily and tend like a private garden, and the other was playing around with penny-stocks, where he had scalped a few pennies off some shares of a broken-down company called "Wetseal".

The logic of speculative trades, especially with small trades and low-end equities, changes mightily when you remove even an $8 commission from the math.  I can now buy a stock at .04, sell it for .05, and book a clean 25% profit from the trade.  I just need to be square with Uncle Sam at the end of the year so the Modern Monetary Theory guys don't sic the Marines on me.

This looks like a lot of fun to me, so I've opened an account for trades in Deflation Land.


Once this clears, I'll start investing in the America and posting trades here from the account.  Of course, it will be most likely UVXY and XIV plays back and forth, because these are ETFs which I enjoy playing elsewhere.

No, I can't trade options, not yet, at any rate.  Wouldn't that be something?

And if the little fledgling Robinhood.com is swallowed up in the fire of a derivatives meltdown, whether of their own or someone else's making, hey, it's only a hundred bucks.

It's like I'm buying the blog a cashmere sweater or taking her out to dinner.

So let's trade!
Posted by christiangustafson at 4:19 PM 19 comments: Links to this post

Email ThisBlogThis!Share to TwitterShare to FacebookShare to Pinterest
Labels: Robinhood.com

Just wanted to post a quick chart.  Outlook for Spring 2015 shifted a little but essentially the same.  Still looking for new highs and a touch of the top Bollinger Band before opening up an opportunity for true impulse waves lower, possibly much lower.

Posted by christiangustafson at 8:00 AM 4 comments: Links to this post


The upper daily SPX Bollinger continues to dribble off a point or two each day, and is closing in on the upper trendline of the rally count since 1737 SPX.  I relabeled this count as a series of triplets, particularly obvious in the "wave 3" up from 1820.


My SPY calls made it back into the green by close today; please include them in your prayers.
Posted by christiangustafson at 8:31 PM 10 comments: Links to this post

I had a passel of 3 cent SPY calls that died horribly in the fire this morning, but their little meager lives will not have been in vain.  They were a spec play that we might keep going straight up the rest of the week, but also taught a valuable lesson.

The tell was in the triangle that marked the middle of the move up from 1992 SPX.  A triangle comes in a wave 4 or a B wave position on the charts -- in this case, a "B".  This was the warning that Thursday's impulse was a "C" and not a wave 3.  This larger pattern is an ending-diagonal 5th wave over the next week and a half, into the January New Moon and Bollinger Band glory.

Some very difficult decisions and days lay ahead for our European friends -- the land of our ancestors, our civilization, blood and soil, our home.  Our prayers our with them, that they will find the courage within to do what they must.

I am looking to buy the dip early in Monday's session.

Posted by christiangustafson at 12:24 PM 23 comments: Links to this post

The case of the Bollinger Bulls

A Bollinger Bull isn't especially bullish equities because of the growth or the various recoveries.  No, a Bollinger Bull is bullish here because he knows that all of the significant tops since (the year) 2000 have involved a touch or at least a flirtation with the top daily Bollinger Band on the S&P 500.  It's like the chart still has unfinished business up here, until we can mark it oversold and start selling off in earnest.

If you like what the weeklies and monthlies are doing, that's great, too.  And if you think this whole structure looks a lot like a giant domed-top formation, I would agree with you.

I upgraded my copy of Thomas Hobbes's Leviathan for Christmas this year, with a nice 1940s copy from Oxford Clarendon Press.  I knew a professor who taught at Roosevelt University in Chicago who liked to attend Social Thought seminars, who has a 1st ed of Leviathan.  At the time it was worth some $20K, and he let me hold it briefly.  At any rate, this whole juncture we are at historically has me thinking a lot about modernity and about Hobbes, so I think I'll give him a fresh read.

Posted by christiangustafson at 6:37 AM 18 comments: Links to this post

Looking for one last high in January

And then it may be time to hit the trenches.  For now, get your dugouts ready, dig them deep to resist heavy bombardment, and stock them well.  Listen for miners tunneling underneath your lines.


Friday we retraced .382 of the rally up from 1972 SPX -- clear wave 4 territory.  But if this is a bearish terminal wedge pattern, we have already overlapped wave 1 (which is permitted) and could go a little deeper into next week.  There is plenty of room on the chart.  From this POV, the lower pink trendline is a real line in the sand, it must not be crossed.


The good news this week was the top Bollinger Band peaking on the SPX and starting to come in.  A touch of it would set up the next cycle short, and possibly the return of the Bear as well.

Yes, of course the crude oil crash means deflationary hell -- reversion to reality -- is dead ahead of us.

Posted by christiangustafson at 7:11 PM 28 comments: Links to this post

Is this all leading up to a top into the ECB meeting late this month?

Market's selling off a little, not really impulsive (yet), but the elephant in the room is the ECB decision due late this month.  Eurobonds probably let the game run a while longer, so we can't fall apart until we know for sure we won't see them.

The 12/26 Bradley turn looks like a minor top in this cycle, but we never did tag the upper Bollinger Band on the daily SPX -- something we did do in the 2000 and 2007 tops.  On 12/31, however, the upper Bollinger finally stopped rising and has started to come in.  That would set us up for a possible touch of it late this month into the ECB announcement.

The January FOMC meeting?  No news expected here, no rate hike until April at the earliest.  But standing pat will be pretty bearish if the ECB does not take up the liquidity baton.

Wishing you a Happy New Year.  There are some interesting developments in Seattle silly echo bubble real estate.  I'll be walking a lot more in 2015 and will photoblog these horrors extensively.

Posted by christiangustafson at 8:01 AM 3 comments: Links to this post