Looks about right.  Extended 5th in this ending-diagonal as well.

In the big-picture count, the W5 is also the extended wave.  We just need to finish up just over the 2950 level, and get some sort of vicious key-reversal day.  $NYA daily still showing its divergence -- no new high.  Looking forward to seeing where we are this Tuesday.

Posted by christiangustafson at 10:24 PM 46 comments:

End of the housing bubble in north Seattle

In the last real estate bubble, the north end of Seattle -- particularly the Crown Hill, Greenwood, and Loyal Heights neighborhoods, all north of Ballard -- had abandoned projects and vacant lots left in its wake.  In the current stupid cycle, we now have one last wave of frantic development, a desperate effort to build as much bugman housing as possible while the going is still good.

I won't mince words.  The developers and lenders for these projects-in-progress are going to be splendidly fucked, all of them, as the bubble pops and demand evaporates overnight for this garbage.  Did you not get the memo?  Amazon stopped hiring months ago.  It's over.  It's all over.

There are two houses on my block going on the market in the next few weeks, one from a smart friend of mine, a long-time owner, who I'm sure gets it, and the other from the worst sort of scum real-estate flipper.

I'm seeing for-rent signs on buildings, and Wolf Richter is seeing what I'm seeing in the aggregate numbers.

So let's take a look at some of the chipboard sawdust nightmares about to flood the stagnating RRE market on the north end of Seattle. 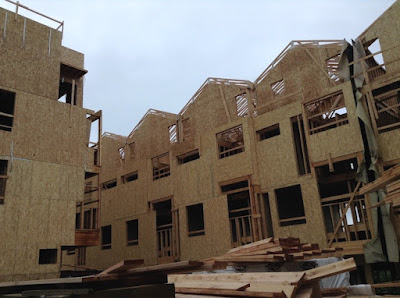 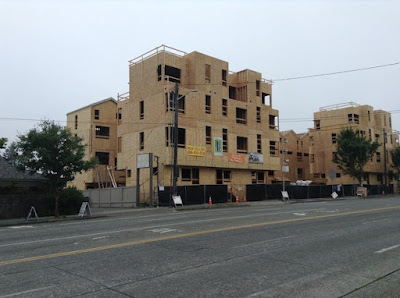 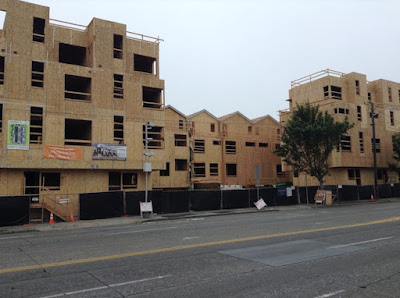 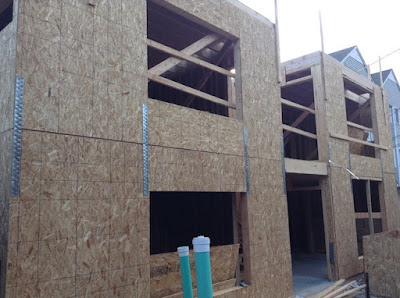 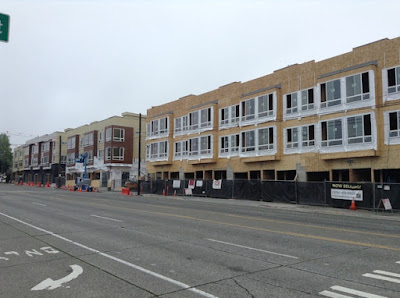 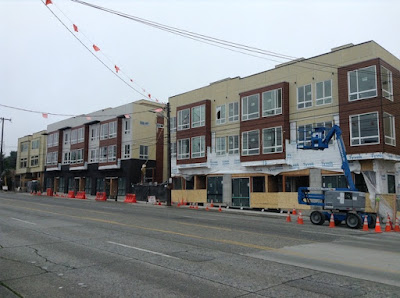 Everyone get ready for the panic and crash cycle.  Seattle is so over.
Posted by christiangustafson at 11:28 AM 18 comments:

Zoom out - the 5th wave is the 'extended' wave

In a five-wave "impulse" wave sequence, the Elliott theory says one wave should "extend" to a multiple of φ or 1.618 times one of the shorter legs. 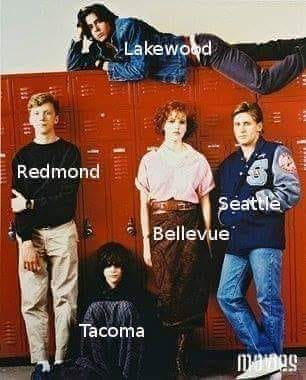 The 5th wave, which we are currently in, will reach the multiple of φ at 2950 SPX, not far away at all, and will fulfill a condition for the sequence to be "complete".  It may go further -- I project it out to 2970 in the current ending-diagonal structure we are tracing.


Posted by christiangustafson at 10:12 PM 18 comments:

W4 wrapping up soon, then W5 up

The impulsive c of 4 wave should be swift and severe, but so far she looks weak and feeble, anemic, unsure of herself.

The W4 won't make it down to a .382 retrace at this rate.  More likely would be that W4 is a flat, and we find support on the lower daily Bollinger Band on Wednesday around 2862 SPX.

Then we can finish with W5 up to complete the ending-diagonal with a dive back to its origin at 2594.

Posted by christiangustafson at 9:08 PM 19 comments: